Are you looking for an intriguing and unique pet? Well, look no further than the polydactyl cats! These amazing felines have an extra toe on each paw and come with a long history of being valued by seafarers as ‘lucky’ animals. They also have incredibly strong gripping power thanks to their extra toes, which aid in hunting and even help them climb trees with ease!

Whatever your opinion may be, there is no denying that polydactyl cats are one of the most fabulous felines out there! Read on for 10 amazing facts about these charming kitties that you may not already know.

What Are Polydactyl Cats?

Polydactyl cats sometimes referred to as ‘mitten cats’ or ‘thumb cats’, are felines that possess an extra toe on each paw. They have been around since the 1800s when they sailed with English seamen and became popular on ships due to their ‘lucky’ physical features. The breed was also found in prominent fishing communities located around the Atlantic coast of North America during this period.

These polydactyl cats were prized by fishermen because they could catch a large number of mice that would otherwise destroy their fishing nets and disturb them while at sea. Following World War II, polydactyl cats started to become more popular as pets due to their unusual appearance and athleticism compared to other breeds of cats.

Today, these polydactyl felines still exist all around the world, although any cat can acquire a polydactyl trait due to genetics being passed down through generations.

The 10 Amazing Facts About Polydactyl Cats

Polydactyl cats, also known as Hemingway cats, are some of the most unique and interesting creatures in the feline kingdom. With an extra toe or two on each paw, these cats stand out from their littermates in more ways than one. Here are 10 amazing facts about polydactyl cats that you may not know:

1. Polydactyly Is Caused by a Genetic Mutation

Polydactyly in cats is caused by a genetic mutation and is associated with extra toes on the paw. The number of additional toes can range from 1 to 7. It is an inherited trait and the affected cats are often referred to as ‘polydactyl’. Polydactyl cats are found throughout history, back to their Egyptian roots and they make wonderful pets!

They may even have a better grip when catching their prey! The trait has been documented in every continent, making it fascinating to learn more about these cats with extraordinary powers usually associated with superheroes.

2. Polydactyl Cats Have Either ‘Mittens’ or ‘Snowshoes’

Polydactyl cats, also known as ‘mitten cats’ or ‘snowshoe cats’, are some of the most interesting felines around. These special cats have an extra toe on each paw and can often be identified as polydactyls by the specific ‘mittens’ or ‘snowshoes’ patterns present on their extremities. Aside from this unique trait, polydactyls also feature a variety of striking characteristics.

For instance, they generally have larger paws and toes that can provide better traction when walking. This easily-recognizable breed is also surprisingly intelligent and often develops more quickly than other types of cats. As such, polydactyl cats tend to learn new skills easily and love using them to find creative solutions for everyday tasks.

3. Their Extra Toes Can Be an Asset

Polydactyly, the term used to describe cats with extra toes, is a genetic mutation that can benefit cats. All the extra toes make climbing and gripping more secure, and their wider feet provide more surface area for walking on slippery surfaces like ice or slick floors. They are incredibly adept hunters as well; those extra toes can help them grip smaller prey like insects and mice.

Additionally, polydactyly comes from some of the oldest living feline bloodlines–this means that cats with this mutation might have some inherited traits from powerful hunting cats from days long past. 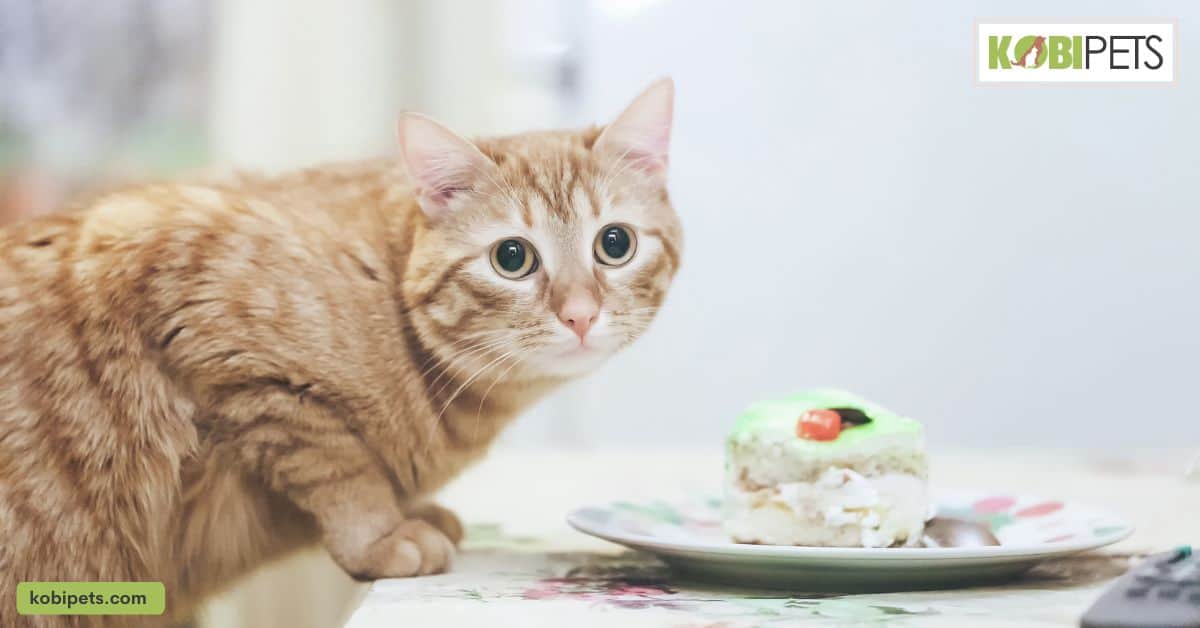 4. Polydactyly Can Benefit Some Cats

Polydactyly, or the condition of extra toes on a cat’s paw, can be more than just an interesting physical trait. Cats with polydactyly are known to have an advantage when it comes to climbing and jumping since their extra toe provides additional grip on a variety of surfaces.

Furthermore, these cats often develop an instinctual ‘mitten’ trapping technique that helps them catch items like prey or toys with ease.

Polydactyl cats contain extra toes and are considered lucky, which makes them special among cat breeds. Every foot contains one to three of these extra toes, causing the feet to have an unusual shape. Polydactyl cats have been around since the time of the Pilgrims who believed they brought good fortune to ships.

In addition, their descendants have even been adopted as celebrity pets! It is thought that their incredible balance and long life span are enhanced by their extra digits; a centuries-old trait fabled by seafarers. Other traits of polydactyl cats include big personalities, easygoing attitudes, and intelligence beyond normal standards when competing in cat agility tests. 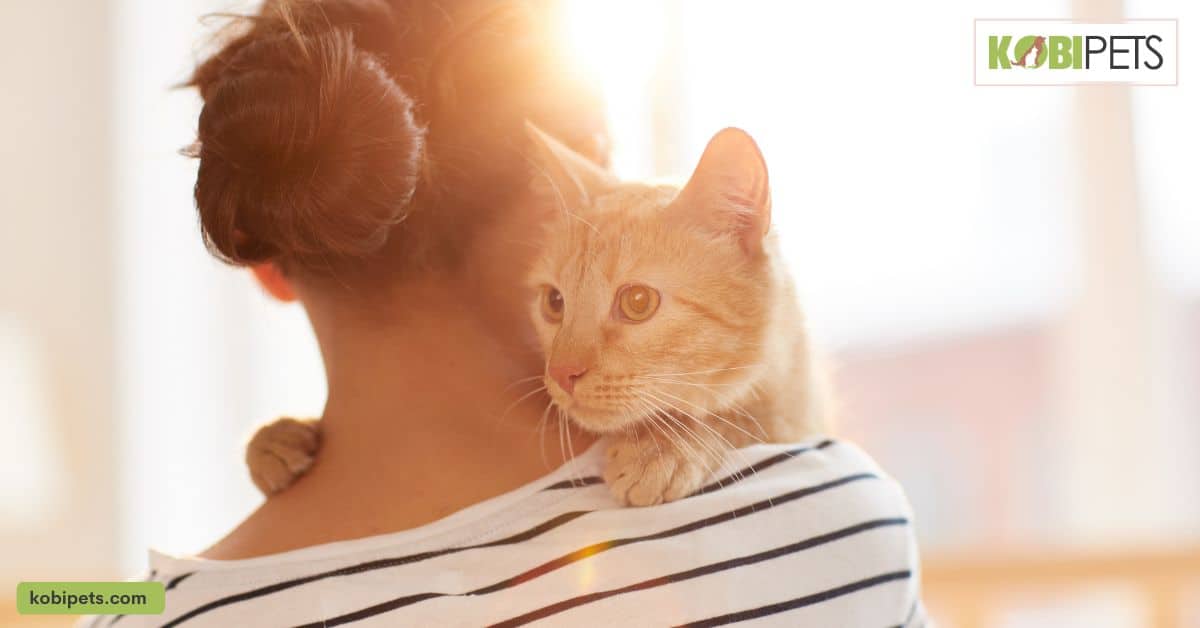 6. They Were Once Adored by Hemingway

Polydactyl cats, also known as “mitten cats” or “Hemingway cats,” are an intriguing breed of cat. Maine Coon cats in particular have the highest prevalence of polydactylism. It is said that nearly half of all the Maine Coon cats in existence are polydactyl! Hence, they are commonly referred to as Maine coon polydactyls.

The extra toes can occur on both the front or back feet and typically range from 1-3 additional digits per foot. Polydactyly comes from a genetic mutation that causes this condition. But fortunately, these cats are just as healthy and active as regular cats!

7. The Condition Was Very Common Among Maine Coon Cats

Polydactyl cats, also known as “Mitten Cats”, are cats that have extra toes on their paws, and the condition is especially common among Maine Coon cats. The extra toes are the product of a polydactyly gene which causes a benign mutation in their paw structure. Most of these cats usually have six to seven toes per paw, sometimes reaching up to eight or nine digits on each foot!

8. One Cat Holds the World Record for Most Toes

With a maximum of twenty-eight toes, one stunning six-toed Ginger-tabby mix holds the world record for most toes! This marvel goes by the name of Jake with seven on each paw – as counted by a veterinarian on September 24, 2002.

Although his condition poses no health issues, it’s certainly an unusual trait! As many of us may be limited to five toes per paw, it’s amazing to think that a cat can naturally possess four more on top of those. What’s more amazing still is that Jake has set a Guinness World Record as having the highest number of toes on one cat.

9. They Can Have Many Extra Toes

Polydactyl cats are unique felines that can be identified by their ‘extra’ toes. These cats can have up to seven toes on each of their front paws and usually have extra digits on every paw. The genes for polydactyly, as this trait is known, have been traced back to seafaring ships in the 1600s where multiple-toed cats were kept as mousers.

An intriguing fact about polydactyl cats is that their extra toes don’t slow them down in any way. They can still perform all their usual cat activities, such as running and jumping, with the same skill as cats with a more standard number of toes.

They are also said to be friendly and affectionate animals who bond closely with humans or other pets they live with, making polydactyl cats great family companions! 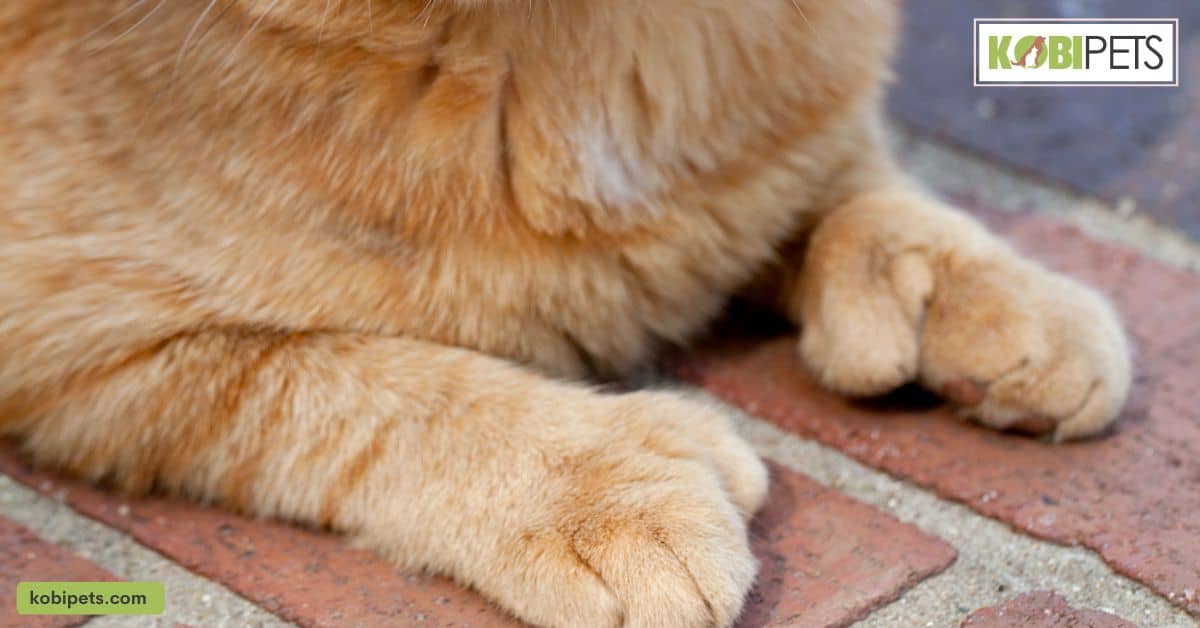 10. Most Polydactyl Cats Don’t Have Extra Toes on All Four Paws

Although typically associated with having extra toes, most polydactyl cats don’t have an increase in the total number of toes across all four paws. Generally speaking, these felines only display the attribute on the front feet and sometimes one hind paw.

Similar sole-toed anomalies may appear on any breed; however, this trait is most profoundly present among American Shorthair, Maine Coon, and Plymouth Rock breeds. On average, a cat with more than five digits on each front paw is considered to be a polydactyl variation of their breed.

In summary, polydactyl cats are truly a delightfully unique breed. They come in many shapes, sizes, and colors, and have abundant strength and attention-grabbing mitten paws. Despite their enchanting features, they aren’t all that different from their normal cousins and can live just as long with the right levels of care and affection.

For anyone looking to adopt a pet, a polydactyl kitten could provide hours of love, fun, and entertainment. In addition to providing companionship alongside all the other benefits listed here, they also serve as reminders that sometimes small changes go a long way in making a recurrent species even more special.

Affiliate Disclosure: KobiPets.com is a participant in the Amazon Services LLC Associates Program, an affiliate advertising program designed to provide a means for sites to earn advertising fees by advertising and linking to Amazon.com